1. In order for a game to begin, teams must have at least nine players who are present and ready to play. Teams with less than the mandatory minimum of nine players will forfeit the game to the opponent. If a team has only nine players available at game time, it can borrow two players from the opponent for defensive purposes only. One of those players will be a catcher (not just a retriever) and the other an outfielder.

If a team has only ten players available at game time, it may choose to borrow a player from the opponent for defensive purposes only. Said player will be a catcher (not just a retriever). Player selection is at the absolute discretion of the team providing said borrowed player(s).

16. Sliding is permitted at any base with the exception of home plate.

26. Any player using profanity or displaying unsporting behavior may be immediately ejected by the umpire and may be suspended from the next game.

Our goal is to complete 2 seven-inning games this spring. The cooperation of the managers and each player is greatly appreciated in reaching this objective. Rules modifications are added to make our games more enjoyable and relevant for everyone. We take our rules seriously, especially those rules involving risk management. Screen rules must be strictly adhered to. Read More 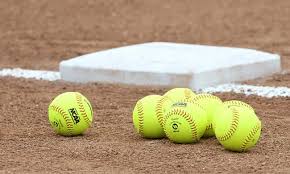