Rules provide an agreement of understanding to competition. In sports, rules define what is allowed or not allowed to occur during situations on and off the court. Rules govern anything from wearing proper uniforms to how to keep score during games of different levels of competition. The rules of a game apply to players, coaches and officials, and vary among different sports and age groups. 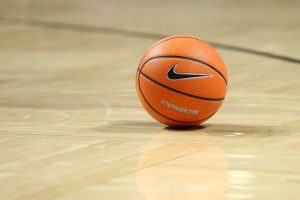 The ball shall be returned to a point behind the check line after each change of possession as follows:

a) Beginning with the seventh team foul, any common foul shall result in a single free throw plus a bonus free throw if the first free throw is made, and the offended team shall retain

b) Beginning with the the10th team foul, any common foul shall result in two free throws, and the offended team shall retain possession.

If a shooting foul occurs during the running time part of the game:

During the stopped time portion of the game:

b. Administrative technical Infractions are Issued for the following with a penalty of two free throws by a player from the offended team and possession of the ball but do not count towards team foul total or disqualification or ejection:

This tournament will be conducted in accordance with National Collegiate Athletic Association (NCAA) rules, except as modified herein. For a copy of these rules, please write or call: